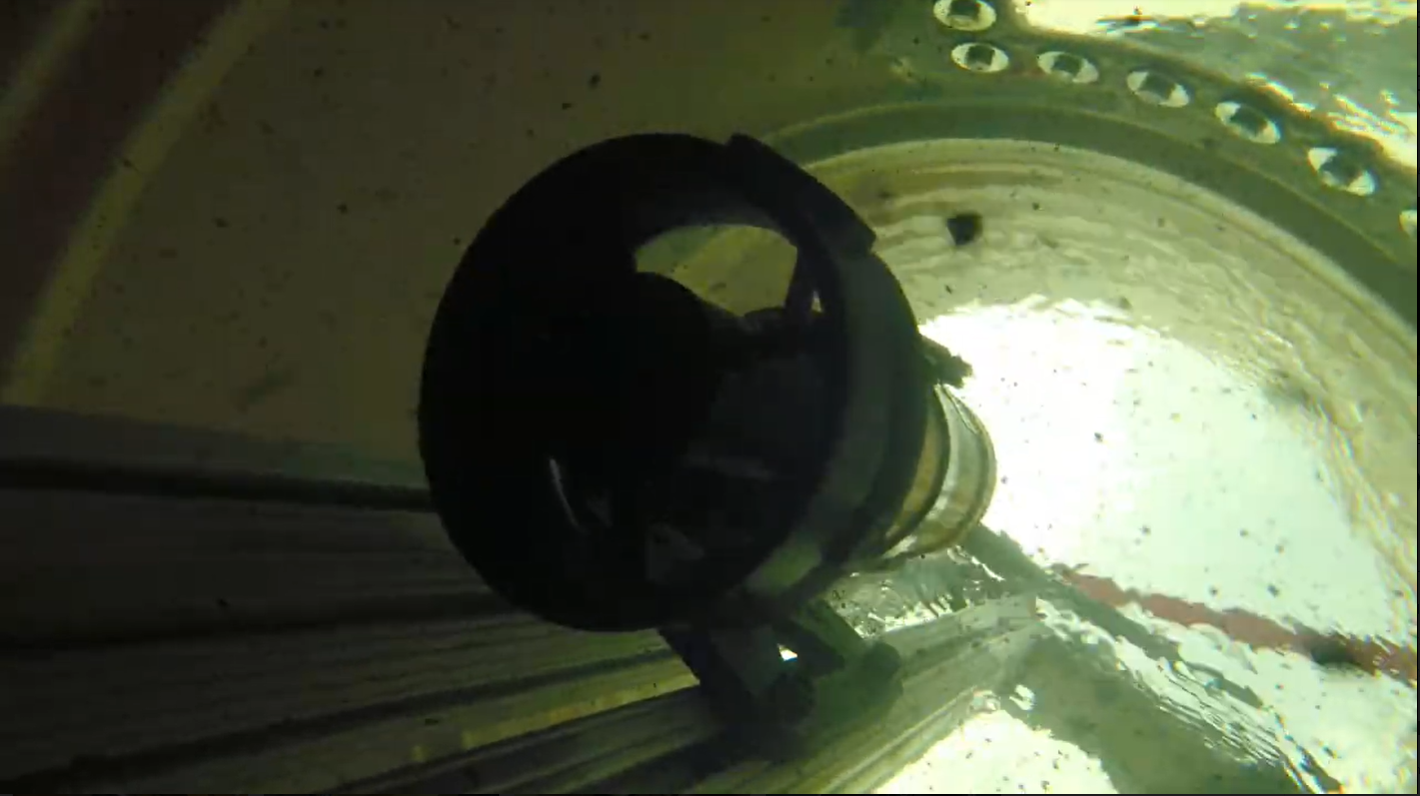 Square Robot, the world leader in robotic tank inspection, recently completed a successful test of a new thruster submerged in motor gasoline. This is a big milestone in the future of autonomous robotic in-service tank inspections.

Two thirds of the tanks in the world contain gasoline or another low flashpoint product, which have historically made them challenging for in-service robotic inspections. These low flashpoint products add additional challenges, most notable is the increased volatility of product vapors and the subsequent management of the system to exclude the risk of ignition. These products also require the system to handle increased chemical corrosion and a greater variance of fluid properties such as density and viscosity. Square Robot's thrusters are uniquely designed for operation in these environments, generating the thrust required while ensuring continuous, safe operations.

Although numerous simulations have been run, this was the first test by Square Robot where the thruster was fully submerged in gasoline.

The test included continuous operation of a thruster at a nominal speed in gasoline for a minimum of 6 hours as well as disassembling and inspecting the thruster at the completion of the test period. The main objective of the test was to ensure the thruster could operate in a gasoline environment at normal speed and load with no material degradation to any of its components or of its overall performance. At the conclusion of the test, the thruster met or exceeded all test objectives that were set throughout the 6 hour test and showed no signs of any chemical corrosion or function prohibiting wear at the point of disassembly.

“This was an incredible achievement for the team,” said Charles O’Connell, Director of Mechanical Engineering. “We’ve been researching and developing technology to address the challenges that gasoline and other low flashpoint materials bring, so it was great to get the continuous operations test completed and have it be such a success.”

Square Robot's current generation of Robot, SR-1, addresses tanks containing water and high flashpoint products such as diesel and jet fuel. The expansion into low flashpoint materials, such as gasoline and ethanol will open up robotics to be utilized by tank operators in a broader capacity allowing for them to keep more tanks in-service and further reduce the burden of taking tanks out-of-service for traditional inspections.